Something to THINK About…

How do you solve a problem like Romans? Andrew Wilson set himself a massive task in attempting to cover what some have taken years to preach through, in covering Romans over three days at the recent THINK Conference. To save a bit of time, Andrew decided against doing the more familiar sections which we all know and hear preached but instead focussed on the more tricky areas. As a result I came away with more questions than I went in with, but a lot more answers as well!

The time started off with groups drawing what they thought represented the major point of Romans in Paul’s own thinking: cue many pictures of Jews and Gentiles all under one church and a cross, which is never actually mentioned in Romans. Although scholars dispute the heart of the letter, many in our churches focus on Romans 8, which we often see as the pinnacle and everything else trails off. But if you read Romans in the light of Romans 15, you can see Paul’s heart for mission. This was a bit of a game changer for me, as I’d never considered Romans – often considered Paul’s major theological work – to be all about mission.

As if that wasn’t enough for the first evening, we then began to look at what Wright thought Luther thought Paul thought Judaism was all about, or the ‘New Perspective’, to give its shorter name. Despite having every lecturer at university mention the ‘New Perspective on Paul’ it was great to hear Andrew really break it down to help understand what it actually means for reading Paul’s letters today.

Then, about midway through day two, we opened up our Bibles to look at Romans in some depth! Through many frantic notes and questions, judgement according to works (Romans 2), how to translate Romans 5, and Faith, Baptism and Union with Christ (Romans 6) as well as the ‘I’ of Romans 7 all in the space of an afternoon. The conference was great in not just equipping us theologically, but also helping to think through the Pastoral ramifications of what we are learning.

On the final morning, we started off the day as light as the previous days, by covering ‘Love, Evil and Theodicy’ in Romans 9, considering many different viewpoints thanks to the great variety of opinions in the room. Andrew then used the last session to give us a dramatic reading of Romans, which was pretty special and really helped to bring the letter together rather than being seen as separate topics picked apart by for proof texts by theologians and preachers alike.

It was great to see many different people from across Newfrontiers and a few others come together to know Romans and ultimately God better! A huge thank you is also due to the wonderful helpers and staff at King’s Church, High Wycombe for their excellent hospitality in the way they cooked for us, hosted us and led us in some amazing times of worship. 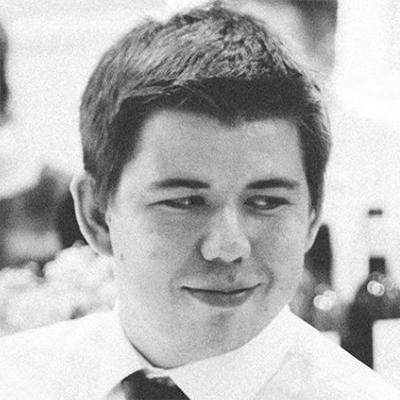 Jon currently heads up Communications for Woodside Church, having moved to Bedford after graduating with a theology degree from the University of Edinburgh.