The Church is one of the biggest providers of care for the homeless in the UK – including many local expressions pioneered by Catalyst churches. In this blog, Heather from All Nations Church in Bedford shares about their ‘Face2Face’ ministry:
In July 2016 Antonio Pinedo felt a calling from God to reach out to those on the streets of Bedford. Antonio was no stranger to their life style; born in Peru he found himself caught up in a life of drink, drugs, crime and involvement with Peruvian gang life. Today he is a passionate evangelist and an advocate for the lost, lonely and marginalised of Bedford. He started the Face2Face (F2F) ministry with a backpack, a flask and some homemade sandwiches, and over the last two years, this has grown into a thriving ministry. A grant from the Catalyst Social Action Fund means that we can continue to offer Sunday breakfasts and alongside this put on termly social events like Christmas meal, summer BBQ and we are now able to fund a regular fortnightly meeting of food, fellowship, worship and a gospel message. Below is a picture of Antonio speaking at the first of these: 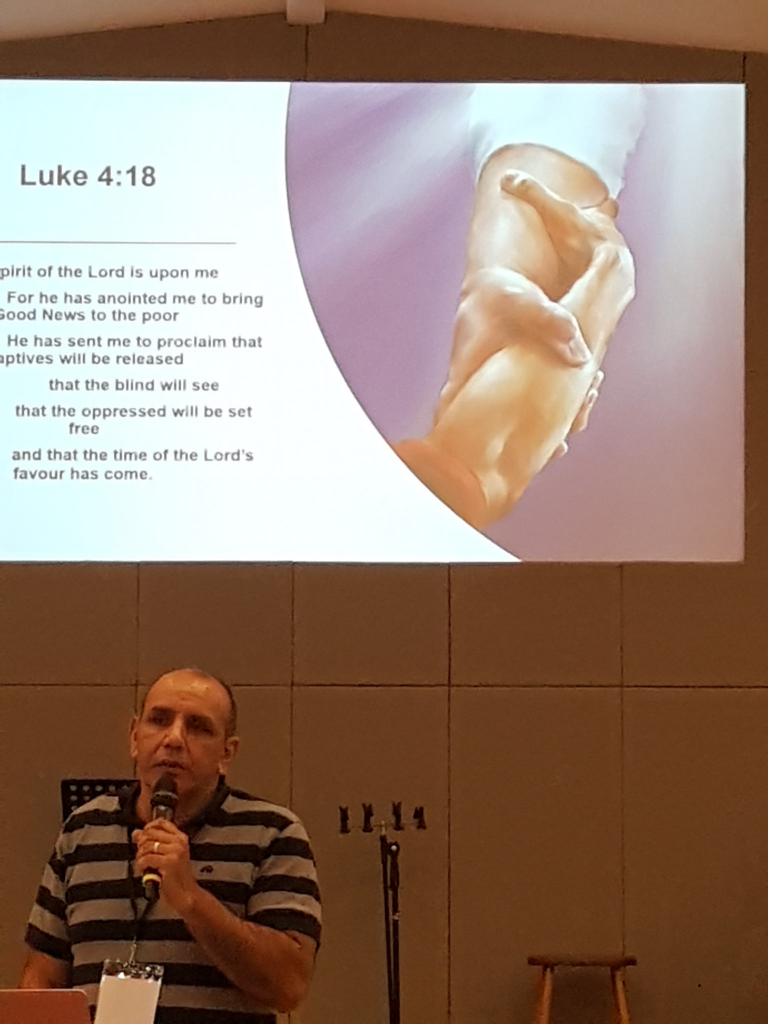 The homeless of Bedford are well served practically; across the week there are a number of organisations who offer food, clothing, night shelters and signposting to other organisations. What is missing though is relationship, someone to listen to them when they cry out, to hear their worries, fears, and hopes for the future. This is what we aspire to do through Face2Face by walking side by side with these vulnerable men and woman, while they are on the streets and as they are re-homed which often leaves them isolated, lonely and away from the only community they know. Some of the successes we had in 2018 include:
These are just some of the ways that F2F serve these men. Other examples of support we offer include taking those on the street to the hospital in emergencies, attending medical appointments, and helping them to attend funerals of those from their community who sadly die on the streets. Antonio can often be seen taking them to breakfast or the cinema as we workout out how to do life with these men. At the heart of it all though is a relational ministry to be Jesus to those who need it the most.
Written by Heather Lampard