Tony Thompson, leader of Hope Church Luton, is one of the founders and the co-chair of FACES (Faiths Against Child Sexual Exploitation) – a partnership of Christian and Muslim community leaders working to oppose child sexual exploitation (CSE) in all its forms. In this blog, he introduces us to the work of FACES, and why it is vital that the church takes a proactive role in challenging the exploitation of children and young people wherever it is happening.
Child abuse is regularly in the headlines, much of it linked with religion. This includes Muslim / Pakistani grooming gangs; abuse by priests within the Church of England and Roman Catholic Churches, and more recently abuse by ministers in the South Baptist denomination in the US.
FACES (Faiths Against Child Sexual Exploitation) grew out of the massive publicity that accompanied the revelations around grooming gangs and the link being made with Islam. Living in Luton we were aware it was highly likely similar things were happening in our community. A small group gathered wanting to both speak into this and to seek to do something about it, and we launched in the summer of 2016.
Part of our aim is to acknowledge and reject the distorted suggestions that sexual exploitation is legitimised by religion, and to recognise that national stories portray cases in a disturbed way that particularly attacks Muslim communities and Christian communities. Research shows that victims and perpetrators of abuse are found in many different contexts yet media coverage has often ignored the breadth of the problem, choosing instead to fuel a narrow stereotype. The failure to challenge this is a disservice to the survivors of CSE and risks allowing fear to divide and damage our communities.
FACES acknowledges that faith communities have a critical role in addressing CSE and is committed to ensuring faith organisations are better equipped to prevent and respond to child sexual exploitation. We have produced and delivered training to over a hundred Christian and Muslim leaders from Luton and then across the country, helping them to identify the warning signs of abuse and equip them to take action protecting more children from harm. The training is always delivered by a team including a Christian and a Muslim to a cross faith audience. This itself is a powerful statement and an opportunity for faith leaders to meet and share together.
We have produced programmes and workshops for teenagers and primary aged children that build resilience against the risk factors of CSE. Our workshops are structured to be delivered within faith and non-faith settings – Churches, Mosques, schools and community youth groups. The framework allows for young people to input their own experiences and perceptions, encouraging them to embrace who they are and creating a learning environment that draws from their individual and collective ideas, contexts and realities.
Another aspect has been producing a series of blogs that bring a distinctive positive faith voice to the subject. A recent blog regarding the Shamima Begum affair, written by my co-chair, a Muslim, can be found here and is well worth reading. There is also a blog that I have written about child abuse within church contexts here, along with many others, all available from our website at www.faces.org.uk
It has been a real joy to get to know leading Muslims in the town and to work with them to seek to change society for the good, together. Our work is beginning to get wider recognition too – we have just received a grant that will enable us to employ a development worker full-time for at least 2 years and to work with the University of Bedfordshire to produce pioneering research on the effectiveness of sex and relationship teaching in church and mosque settings. I think the fact that a Catalyst Church is bringing a lead in such an organisation is good news. I also think that some of the material we are producing and expertise we are gaining may be of interest and benefit to other Catalyst Churches. If I or we can help in anyway, please contact me at tony@hopechurch.co.uk 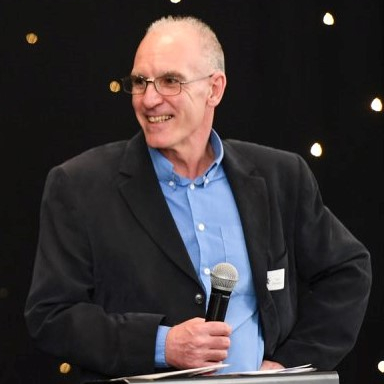 Tony has been involved in many church plants over the years, including Hope Church in Luton which he still leads, as well as starting and supporting churches in Spain. He is passionate about cross cultural mission in the UK and seeing churches churches working together. Tony is also the co-chair of FACES, an interfaith organisation working against child sexual exploitation, along with being a keen runner; having run the London Marathon on many occasions.