Festival 2018: Words of Knowledge from the Kids

During the Monday evening meeting at the Catalyst Festival 2018, we had the privilege of hearing a number of prophetic words from our kids, who had been praying and asking God to speak to them with words of knowledge for different individuals in the adult meeting. Here are the words that were shared:
– Someone with pain in their right ear; they’re single, male, and were sleeping in a tent in the blue neighbourhood. They prefer coffee white with no sugar, and have a green shirt with a blue cap on.
– Someone with left and right wrist pain; a man with red converses and a stripy t-shirt, whose initials are L and M.
– A single man living in a rented home that has red bricks, who has a family member suffering from dementia. The child felt to pray for peace, and to reassure them that things are going to improve.
– Someone who has hurt their right leg in a bike accident. They have blue eyes and brown hair, and are wearing jeans and trainers.
– Someone with a hurt arm. They have blue eyes, were staying in a caravan, and have a baby coming.
– Someone who was staying in the yellow neighbourhood, who has short hair and is wearing a red checked shirt, and has a twisted ankle.
– Two children independently felt to pray for someone who has lost the feeling in both legs, with brown eyes and black welly boots.
– A man with brown hair and a stripy t-shirt, blue eyes and blue shoes, who has swollen legs.
– Someone with a chipped knee-cap (probably their right knee), who is male and has blonde hair.
– Someone with a headache, short hair, wearing a black top with yellow spots, in a triangular tent. They have brown eyes and are married.
– A married person with a leather jacket who has hurt their right leg.
– Someone with blonde hair and green eyes who has a broken or injured left arm, who either has a child with them who is ten, or who had an accident aged ten that caused it.
– A man with diabetes, who’s got short hair and is wearing a blue stripy t-shirt.
– We also prayed for those with pain in their lower back, someone with both chest and foot pain, and people with problems in their left wrist.
Many people responded on the night, and we had a great time together praying for healing and freedom, for God to supernaturally break into their situation and bless them. Incredibly, a number of people reported significant healing on the night as a result of the words given, and we had even more stories sent through by different individuals via the Devoted cards sharing how accurate the words were for them, and how God met with them so lovingly and so kindly in response. It’s amazing to see how God spoke through our kids at the Festival, and how much fruit has come from it! Perhaps though, you couldn’t make it to the Festival – if you’re reading this online and feel like any of these words are for you, why not share it with some friends and ask them to pray for you?
Please do keep sending in your stories of how God moved during the Festival – we love hearing them! Drop us an email on communications@catalystnetwork.org or get in touch with us via our social media channels on Facebook, Twitter or Instagram. 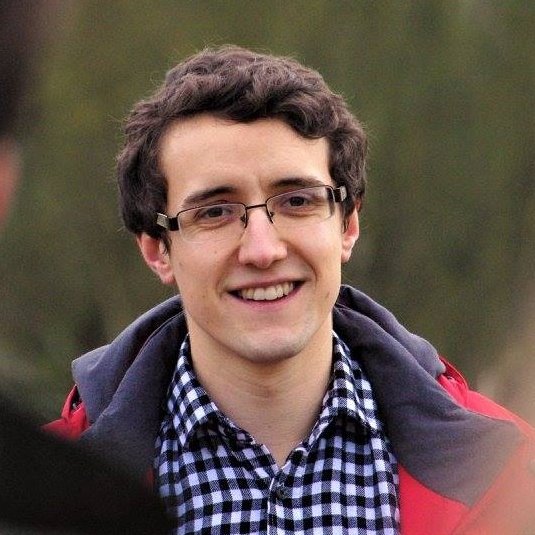 Rich helps look after communications for Catalyst and also works for Oasis Church, Birmingham. He’s a fan of sharing stories that connect people together, Portsmouth FC, and Test Match Cricket!