Chris Keating is the Director of Services for King’s Arms Project, a charity that serves the disadvantaged in Bedfordshire. We asked Chris to share what it’s like for the homeless and disadvantaged at Christmas time, and how we can be aware and making a difference ourselves in our communities.

“For most of our clients at King’s Arms Project, Christmas is a difficult time; it’s cold, wet, and the memories of past Christmases provide reminders of joy that has been lost and relationships that have broken down. As a team we’re committed to restoring hope and joy into people’s lives and this season is an incredible opportunity to make this happen.

There are 3 things we believe which motivates our work with the poor, the disadvantaged and the displaced: we believe that people belong in community; that people deserve opportunity; and that there’s no such thing as a hopeless case. As I think about what these statements mean, I’m reminded of 3 previous Christmases in my job:

Having dealt drugs for over a decade and lost access to both of his children, Antonio knew his life needed to change. I met him 2 years into this change process, he’d been through rehab, committed his life to God and moved back to Bedford to try and re-establish a relationship with his children, who were now adults starting their own families.

In order to build community for our residents we regularly share meals together, on this day 5 of us sat around the table, 3 residents and 2 staff, eating an early Christmas dinner. Antonio let tears run down his cheeks as he told us that he’d been invited to spend Christmas day at his son’s family home to meet his grandson for the first time. Everyone needs, and belongs in, community.

Every Christmas we write cards to all of our clients full of personal encouragements. Dave received one of these cards, and was not used to receiving compliments. Having struggled with alcohol misuse and a violent temper for the majority of his adult life he had turned his back on the world.

As Dave read the words written by the staff something began to change in his thinking and his identity. He asked me if what I’d said about him I really meant. An environment of encouragement motivated him to begin voluntary work, to be mentored and to start addressing his alcohol use. He realised that he deserved an opportunity to restart his life, everyone deserves another opportunity.

For many years Rob considered himself to be a ‘normal’ guy: work hard, provide for your family and see your mates at weekends. As his arthritis began to emerge he had to give up his job, leading him in a downward spiral of losing hope for his future. He began to drink to ease the pain, 23 years later I met him after a long period of rough sleeping.

Rob hadn’t seen his family in over 2 decades, he’d cut himself off due to the shame of not working and convinced himself there was no point in trying. Through months of telling him we had hope for his future a breakthrough came on Christmas day as we handed him a Christmas present, the first present he’d been given in over 20 years. He may have given up hope for his life, but he was reminded that God had hope and a plan for his future.”

Across our nation there will be people going through situations like Antonio, Dave and Rob. They need, love, acceptance, support and assistance; we have the incredible opportunity at this time of year to bless our communities. What positive impact do you feel stirred to bring to your community this Christmas? From donations to shelters, banks and charities, or just being friendly to those around us. Let’s join together to make a difference in our towns and cities to bring God’s Kingdom this Christmas. 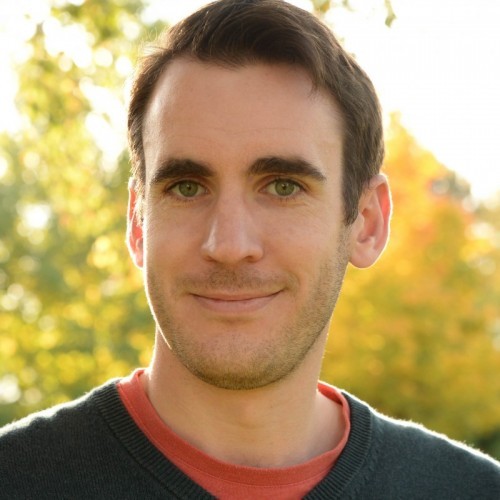 Chris has been working in the not-for-profit sector for over a decade and is currently the Director of Services for King’s Arms Project. He is passionate about advocating for those overlooked by wider society and seeing hope and vision restored in people’s lives. He also loves bacon.